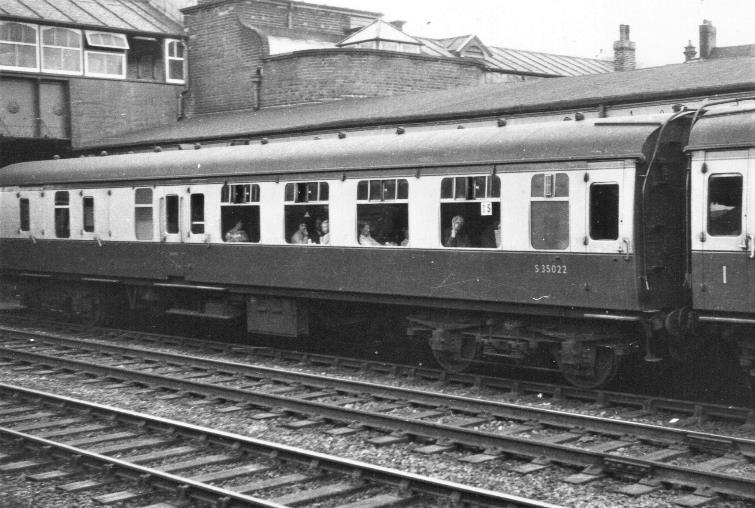 Three further Green-livery sets (572 to 574) were formed in May 1962 predominantly utilising vehicles from ‘The Royal Wessex’.

Formed between January & February 1957 in CLC-livery. Allocated to the South Western Division (SWD).

Formed between January & June 1955 in CLC-livery. Allocated to the South Eastern Division (SED).

Formed in July 1955 in CLC-livery. Allocated to the South Eastern Division (SED).

Formed between July & August 1955 in CLC-livery. Allocated to the South Eastern Division (SED).

Formed between October 1956 & January 1957 in CLC-livery. Allocated to the South Western Division (SWD). Set 552 was disbanded by February 1960 to form ‘new’ SWD 7-buffet set 280 (later 8 Cor). After further reformations set 280 was reduced to 3 Cor comprising the original vehicles of set 552. Being integral to the history of the coaches in set 552, this is all covered under the notes for set 552 (with set 280 included).

The coaches used to form the newly-formed sets 515 to 572 were as follows:

The disposition of these coaches being as follows:

In March 1966 those Southern Region sets remaining in traffic were officially disbanded.

Upon disbandment many of the coaches in these sets were rebuilt for use in the new Bournemouth line electrification 3TC /4TC /4 REP multiple unit stock.

BR(S) convention meant each set was normally arranged with the coach conveying first-class (CK) positioned adjacent to the higher-numbered BTK. On four coach sets this convention also positioned the corridor to the compartments on the same-side placing first-class towards the middle of each four-coach set.

Third- class was designated second-class following the abolition of second-class by British Railways on Sunday 3rd June 1956. As these sets only carried a number ‘1’ to denote first-class this change was essentially a paper one including BTK now being designated BSK. In the table below coaches are described as Third-class unless they were inserted into a set after 3rd June 1956 when Second Class is used.

Whilst in Crimson Lake & Cream livery none of these sets carried the sixties-introduced ‘UIC’ yellow cantrail band denoting first class. In Green-livery the Mk1 coaches forming these sets did not carry BR carriage roundels; these being reserved for special sets (for example, ‘The Royal Wessex’ sets) and multiple-unit motor-coaches. 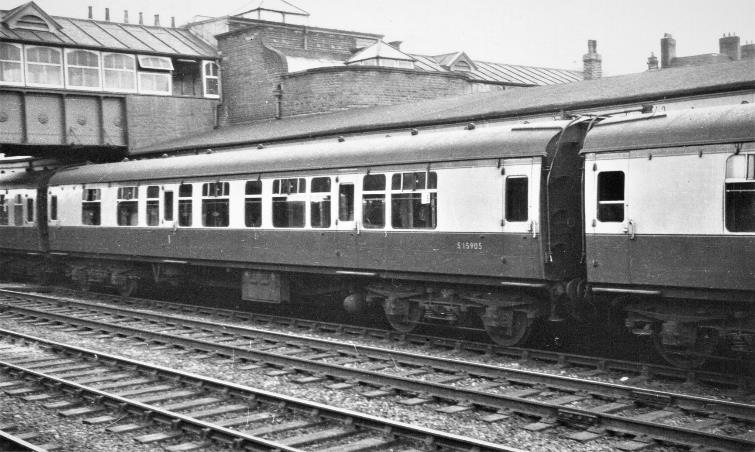 By September 1960 there was a reversion to separate Waterloo - Bournemouth - Weymouth allocation (notes 'K').  Allocated sets as for June 1960. 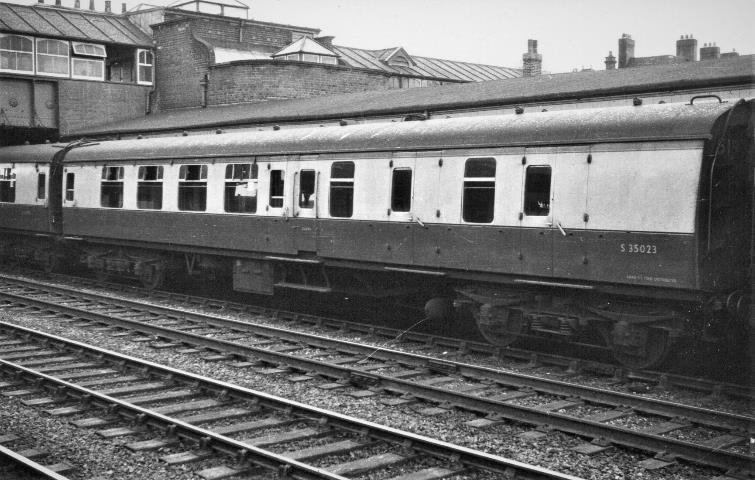